Today was our first day in India. After 24 hours of travel where we flew from Charleston to Atlanta to Paris to New Delhi, we finally arrived!

After some much needed rest at our hotel, we had breakfast with our national partner E and afterwards spent time in God’s Word before heading out for the day.

Our first stop was the Lotus Temple. It is a massive stone temple surrounded by beautiful gardens and felt more like a tourist attraction than anything. It is a temple of the Baha’i religion; a pluralistic religion that claims that all religions are worthy and should all be celebrated equally as well as science. Honestly, it reminded me of all the “coexist” bumper stickers I see on the back of cars in the US. There was a short, silent prayer service within the temple and afterwards we got to speak with one of the men who led the prayer service and another worker at the temple, Davet and Askir. I (Sam) got to ask him about Aristotle’s “Law of Non-Contradiction” and what Jesus says in John 14:5, “I am the way, and the truth, and the life. No one comes to the Father except through me. “ I asked them to consider that if all religions are valid ways to God, Jesus has to be a liar if He says that He is the only way to God the Father. If all religions were true, they contradict one another and cannot be true. I showed them that he could truly know God and have a relationship with him if he believed in Jesus as his Lord and Savior. They were such great guys and were very willing to have a pleasant discussion about God! One of the things that has stood out to me is just how friendly the Indian people we met today are. They were all eager and willing to share about their families and religion and hear about ours as well.

Afterwards, we drove to Kalkaji Mandir by way of auto-rickshaw and stopped in at a shop where Logan and I were able to get custom-tailored suits made for us in less than 8 hours for $160! The girls, Liz and Shelby, were able to get some traditional Indian clothes and we were able to share the gospel with some of the shop workers and meet a fellow Christian named Robin who was so happy to meet other believers! It was great to hear of how he is living out his faith in such an exemplary way. After lunch, we headed to the nearby temple. Once we took off our shoes and walked down the narrow alley to the dark, crowded Hindu temple, the mood shifted. It was a place heavy with darkness and that spiritual darkness was evident in some of the grotesque idols that were fashioned by craftsmen and worshipped by Hindus of all sorts. It always amazes me how western culture has such a sanitized and more comfortable idea of Hinduism than what it really is. Many Hindu people flowed through the snaking alleys of the temple stopping at the idol of their choice to pay an offering of puffed rice or flowers. They stopped low to bow prostrate to the ground in front of pieces of wood and metal shaped by men to depict gods. It was fitting that Liz lead us in reading Isaiah 43 which reads, “Who fashions a god or casts an idol that is profitable for nothing? Behold, all his companions shall be put to shame, and the craftsmen are only human.” On the way out we stopped by each of the beggars who were either sitting on the ground or feebly laying on the concrete to touch them and give them food in the name of Jesus. To be able to look into the eyes of people who are considered deserving of this kind of life because of bad karma was a powerful testimony to how Jesus calls his followers to love all people from the least to the greatest.

We departed from Kolkajit Mandir and headed to a Muslim mosque a few miles away. The area where the temple was had to be the busiest place I have ever been. Cars, motorcycles and rickshaws raced past one another in organized chaos as we walked down a bustling street lined with shop fronts whose owners hawked their wares. Rich smells of spices, garbage, fresh rainfall, and exhaust fumes made the air thick and the sprawling mess of hundreds of power lines barely overhead made it seem like some urban jungle. We navigated to the Muslim mosque (the largest one of all India) where we were told it would be 300 rupee each to get in. We decided not to venture in and instead headed for dinner. Our partner E told me later that it was a foreigner tax, which he described as more of a “skin tax”. After dinner, we got on the subway and headed back to our hotel exhausted.

The sights, smells and experience of today was truly life-changing and eye-opening for me. What stood out to me most was not the sensory experiences, though. Rather, it was the people of India that made this day most remarkable. The friendliness and openness of them was so refreshing. Many people in the US are so hesitant to talk about spiritual matters but not so with the Indians. Today reinforced for me what we are here for: to share the good news of Jesus Christ with people of all nations so that they can truly know God and have a relationship with Him.

Please be praying for all of our upcoming travels (we have 6 in-country flights!) and that none would get delayed or canceled and that also our luggage would arrive safely. Pray also for the people we got to share the gospel with today: Davet, Askir, Kahn and others whose names escape me; that God would grow the seed of truth that was sowed in them today and that it would grow into belief. Pray also for our upcoming trainings that we are doing for the remainder of our time in India and for the men and women who have gone through the DMTI program. Pray that we would speak boldly and clearly and that the students would grow in their understanding of what it means to make disciples and to apply what they have learned 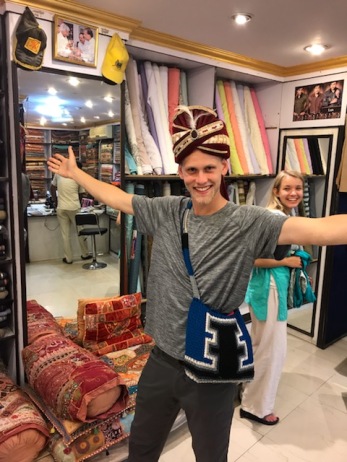 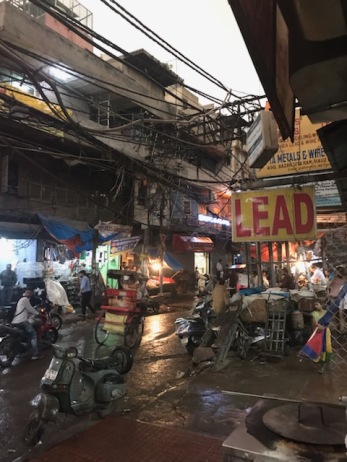 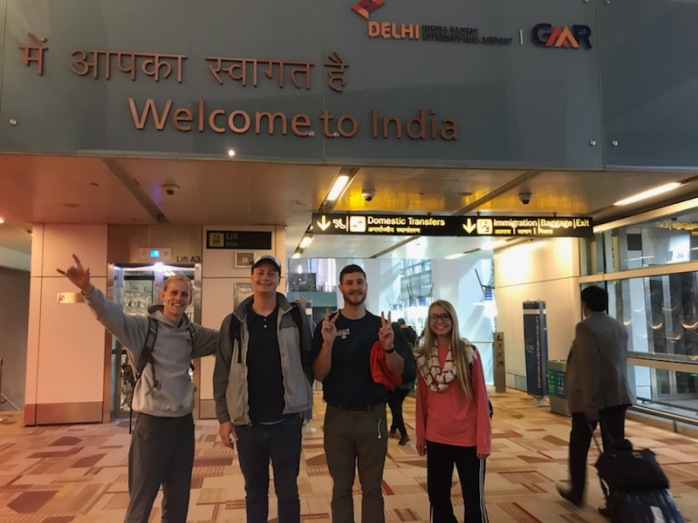 4 thoughts on “First day in India!”